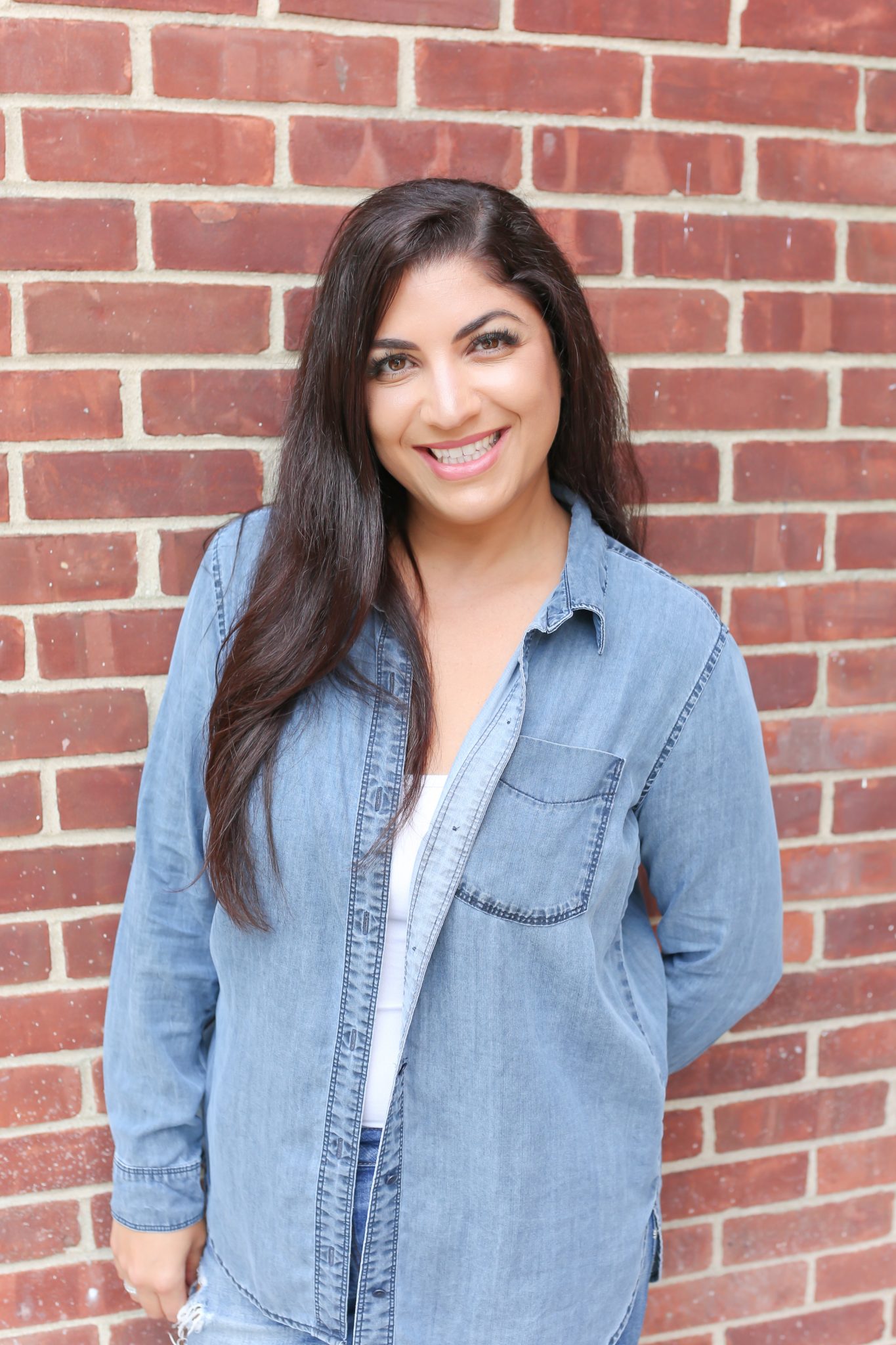 Born and raised in Maspeth, New York, Doreen was a member of the National award winning Moves & Motions dance company from the age of 6 and performed with the company for 11 years. She is trained in ballet, contemporary, tap, jazz and hip-hop.  Her dance career has allowed her to perform for MTV’s “A Night of Fashion”, “The Grind Workout Series” and “TRL”. She was a singer and dancer in the ABC show “CityKids”, the WB series “Popstars” and was a soloist on the “H&M Valentines Day Show” airing on CBS and NBC.  After performing with the AFL, she went on to become Head Coach and choreographer for the Fordham University Cheerleading Team. She has also choreographed for various New York theatre companies including the Black Friars Theatre Group, Alvernian Theatre and Andrean Players.

Doreen resides in Darien with her husband and three beautiful daughters. It is a dream come true for her to share her love of dance with her students and adults alike.  You will always hear her say, "no matter how you feel just dance it out, because dancing makes everything better."

Born and raised in Trumbull, CT, Linda grew up loving to dance, but it wasn't until her mid 20's that she was able to take her first official dance class (although MTV provided free lessons for years ;)). And after one spin on the dance floor, Linda knew that she found her soulmate in dance.  Linda's training includes Ballroom and Hip Hop, learning from Danish World-Champion dancer, Martin Goethche, Paul & Brian Herman, Galen Hooks and more.

Linda is also an AFAA Group Fitness Instructor, currently teaching classes at DL Studio, independently and with Equinox. She has been teaching for over 5 years and finds no greater joy than looking out into class and seeing a room filled with positive energy and smiles.  She believes there is no greater joy in the world than pushing play and dancing (or sweating) your troubles away. Prior to building her career in dance and fitness, Linda enjoyed an almost 10 year career in Marketing, working with some of the top CPG companies including Unilever, Energizer & Johnson & Johnson. 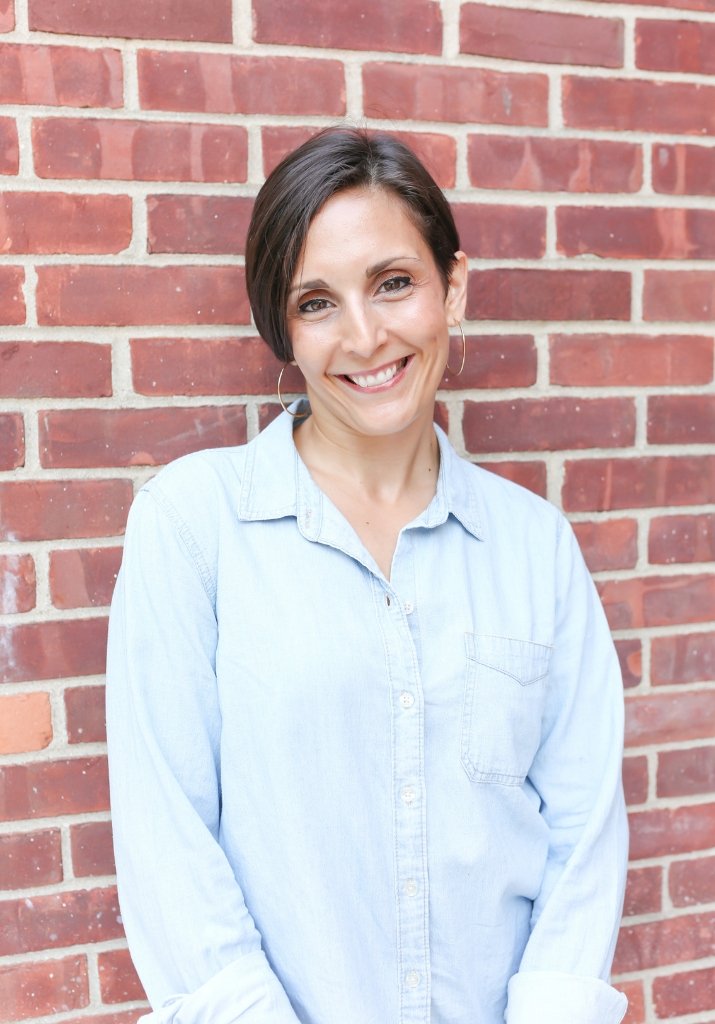 Wilfredo "Freddy" Munoz, a native born dancer out of Bridgeport, CT, originally started his training in the hallways of Central High School. Overtime he has been mentored by dance industry icons including, Rhapsody James (Motivating Excellence S4), Luam Keflezgy (Rock The Industry), United OutKast and Galen Hooks (The Galen Hooks Method). He is now represented bi-coastly by Clear Talent Group in both Los Angeles and New York. While maintaining time in the Commercial industry he also stays true to his Hip hop Underground scene upbringing as Bboy Frenzy.

Born and raised in Danbury, CT Ivan's passion for music and dance started at a young age. Influenced by dancers he watched on TV and on-line, Ivan spent many hours teaching himself, putting countless practice hours in. He is proof that hard work pays off. Ivan has trained and performed with several well-known and respected industry leaders including Rhapsody James, Paul & Brian Herman and Corey Grimes and is currently represented by Bloc Talent Agency in New York City. Through his teaching, Ivan aims to share his love for the art of dance with others. 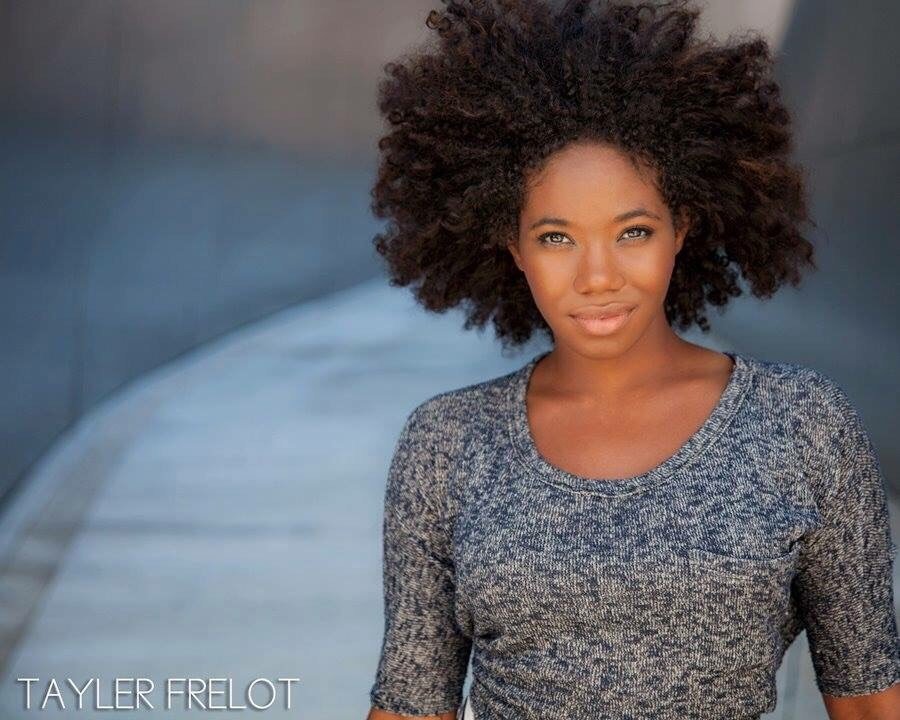 Tayler Frelot Shoji- Born and raised in Los Angeles, CA, has trained at some of LA’s top dance studios including Millennium Dance Complex, Debbie Reynolds Legacy Studio and The Rage Dance Complex. Trained by dance legends Wade Robson, Debbie Allen and Shane Sparks; Tayler was trained to always dance, teach and perform with passion and purpose. Working professionally in the entertainment industry for over 20 years she has had the honor to work with some of the world’s greatest performers.

Born in New London and raised in Norwich CT, Jordyn started dancing at the age of 6. She has trained in ballet, pointe, tap, jazz, contemporary, modern, and hip-hop styles for 15 years and counting. Jordyn began working in early childhood education after graduating from Norwich Free Academy at the same time pursuing a professional dance career, traveling and performing in major cities such as LA, New York, and Atlanta.  She has currently been teaching dance for 6 years and is now furthering her knowledge in studio and company management here on the east coast. 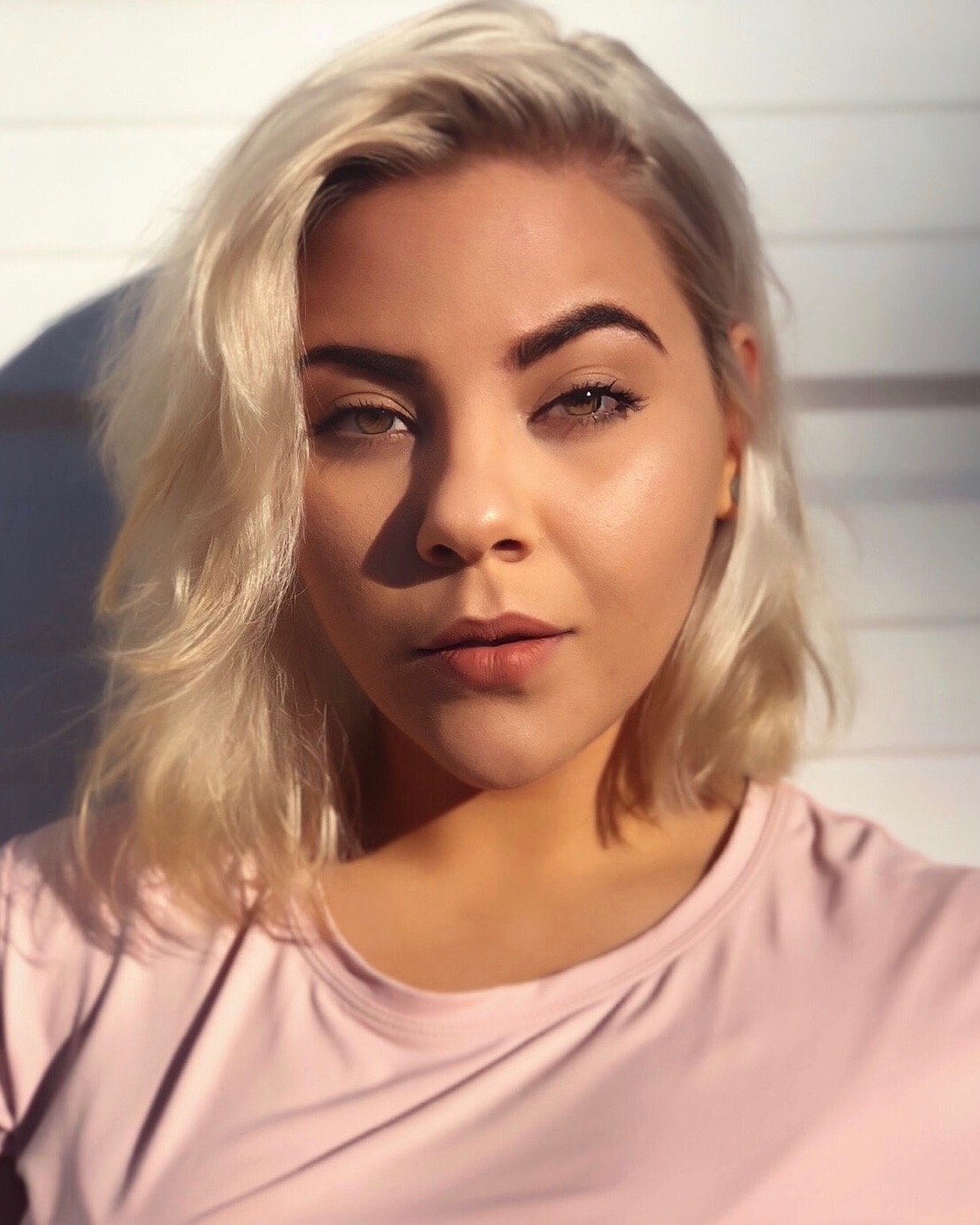 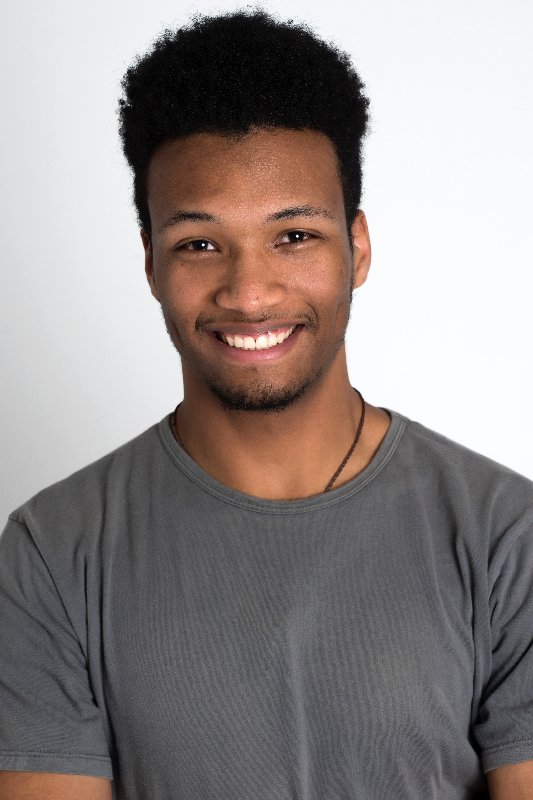 Bridgeport Connecticut based dancer, Joshua Davis also known as Woojyie (Wuu-G), has been dancing for 7 years. Originally a freestyle dancer, Joshua has been trained professionally for the past 3 years absorbing many different styles including Hip-Hop, Breaking, Tutting, Waving, and more. Josh also enjoys traveling to different states and countries to learn, grow and experience the energy of different cultures.

With his experience, Josh has also started his own YouTube series called “The Woojyie Project” focused on creating dance concepts with dancers throughout Connecticut. Joshua wishes  to express his style in dance on stages or studios around Connecticut, and maybe even the world.

Caitlin Elby is a Connecticut native that transplanted to New York City to persue her career in dance. Caitlin graduated with a BA in dance. Since then she has performed in serveral music videos and shows with different artists such as Kat Capone, Nathaniel, and Michael Barimo. She has also toured with America's Got Talent's "Iluminate."

Caitlin has over ten years of dance teaching experience. She specializes in the styles of Jazz, Contemporary, Ballet, Hip-Hop, Modern, and Musical Theater.

She also has extensive experience in coaching Cheerleaders along with coaching and choreographing for multiple dance teams. Caitlin has recently moved back to Connecticut and received her MAT in Elementary Education. "I want to be able to inspire others the way I was when I was younger. 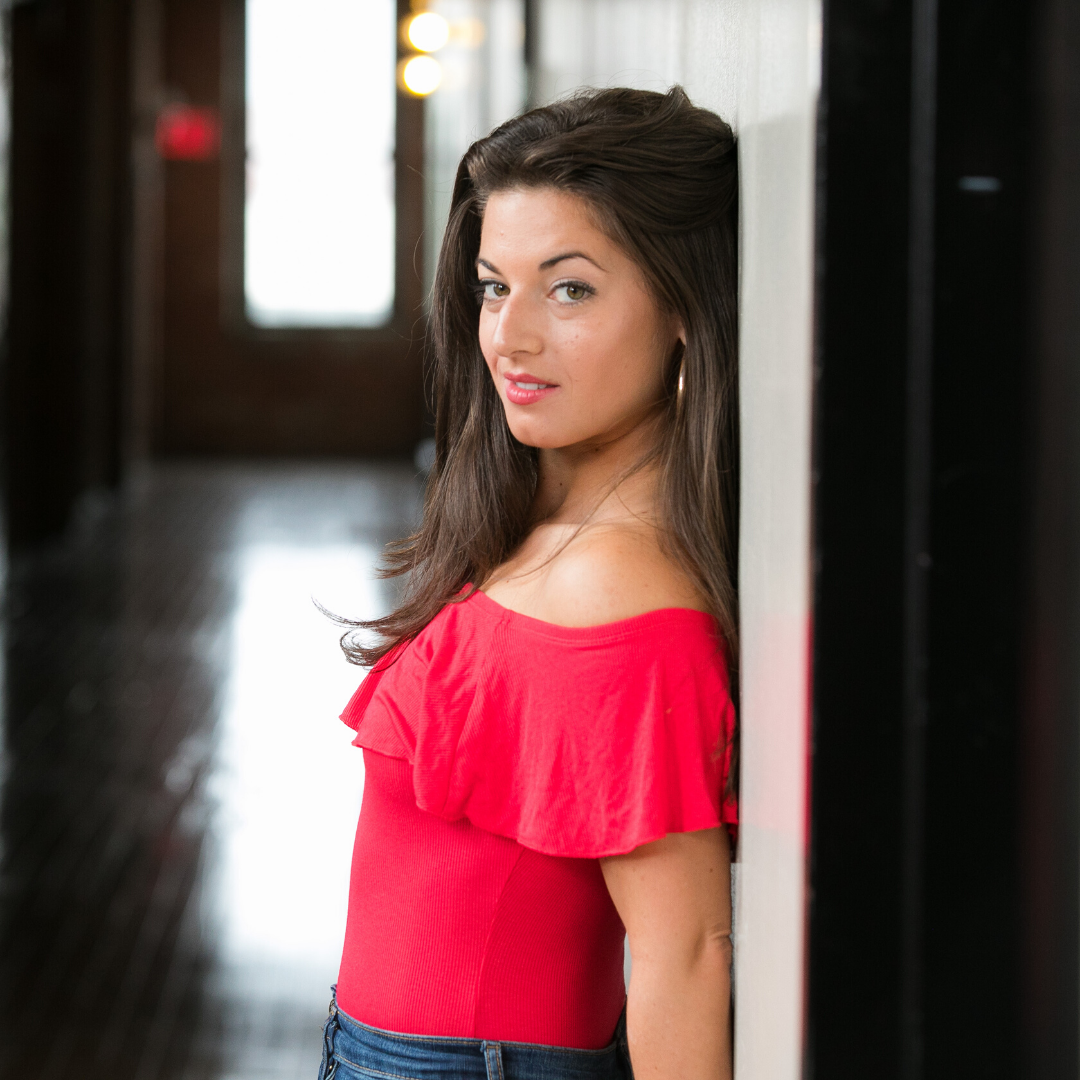 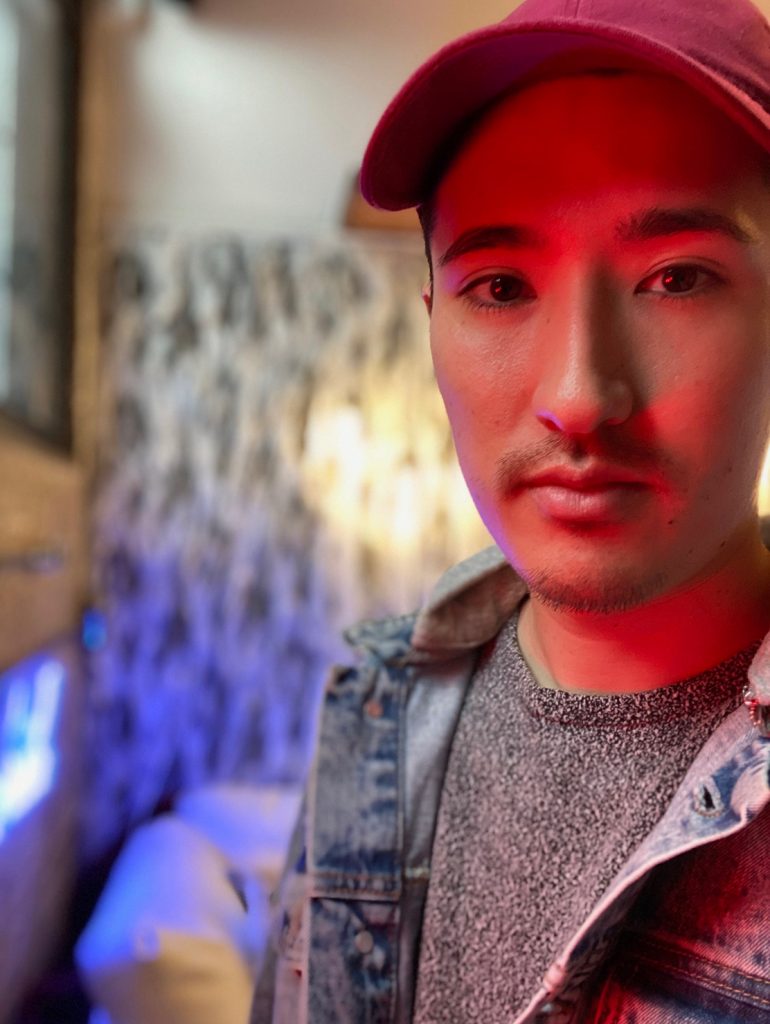 Eric Shoji has been a Dance Instructor for the past 10 years. He has traveled the world performing as an international Instructor and DJ/Emcee including the most iconic venue in the world, Madison Square Garden. Eric also co-stars in the new TV Show Dance It Out airing on the Lifetime Network.

Eric is also business partners with Billy Blanks Jr. and currently runs and operates their two dance studios on the West and East coast, Blanks Studios. Together they own the dance fitness program Dance It Out, their production company Jumpcast Productions, and their MoveTube channel on YouTube which is approaching 200K subscribers around the world. He has also worked with Paula Abdul, Jordan Sparks, Natasha Bedingfield and more.

A self-taught working professional from his youth, Billy Blanks Jr. gained much exposure and experience in the world of dance and entertainment. As Billy’s prominence grew, he earned roles as a dancer in music videos with Paula Abdul, Madonna, Celine Dion, Crystal Method, Quincy Jones and Babyface. His credits include TV appearances on American Dreams with Alicia Keys, The Practice, Sister Sister, Kids Incorporated, Homeboys From Outer Space, My Cousin Skeeter, and The Tonight Show. Billy starred as Tyrone Jackson in the US and European tour of the Broadway musical Fame. He went on to direct and choreograph the WeSparkle Take II Celebrity Concert with Tom Hanks, Jason Alexander, Brian Cranston, Joey Lawrence, Britney Spears, Michael Chiklis, Hal Sparks, the cast of Will & Grace and more. He also choreographed the end sequence for the movie I Hope You Dance. Billy made his directorial debut in NYC at Madison Square Garden directing One Night With The Stars starring Broadway Legends Betty Buckley, Lainie Kazan, Telly Leung, Mandy Gonzalez, Constantine, Tom Bergeron, Jordin Sparks, Noah Galvin, Fran Drescher and more.

Over time, Billy became the face for the new generation of fitness with his revolutionary dance program, Dance It Out. He made history on Shark Tank after turning down a deal proposed by Mark Cuban and Daymond John when the latter shark left the tank and talked Billy into taking the deal. The result was his business Dance It Out® (DIO®) becoming the fastest growing fitness based dance program in America. Billy is the son of Tae Bo® creator Billy Blanks.

In October 2015, Billy launched the MoveTube Network where he produces and directs feel good workouts, motivational content and inspirational videos featuring today’s hottest dancers and celebrities. Billy is thrilled to launch his dream Moving Fitness Talk Show Dance It Out on Lifetime! 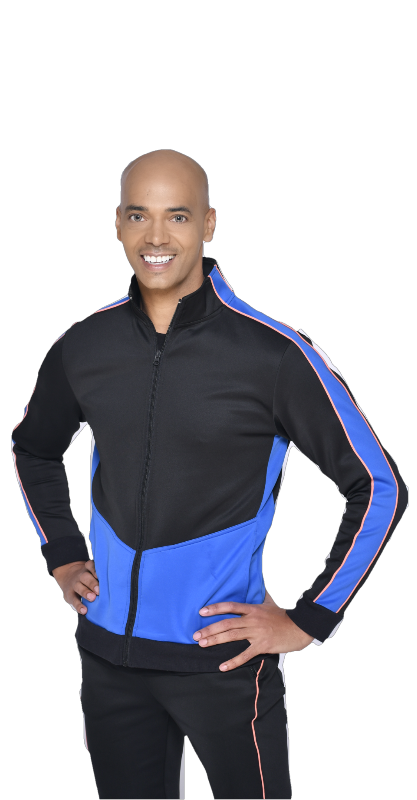 Dani Ebbin is a dance and theatre professional based in Stamford, CT. She began as a competitive dancer with Dance Unlimited Repertory Company in Frederick, MD, claiming titles such as "Access Broadway's Miss Triple Threat". Dani was also a showcase dancer with NYCDA, Monsters of Hip Hop, Maryland Council for Dance, and Destination Broadway. She's been on jazz and musical theatre faculties across the DC Metropolitan Area for 8+ years. In addition to being a dance educator and choreographer, Dani is also a Casting Director and Assistant in Washington, DC and New York. New to the area, Dani is excited to be back on the dance floor with the Dance on the DL crew!

MENU
How to Register